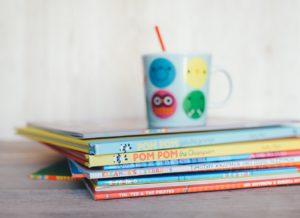 The Brookwood School is nestled amidst the beauty of hills, forests, and farmlands. The setting is uniquely situated for early childhood discovery and education. The remarkable cultural resources in the area offer opportunities for extended learning. The nearby New York State Historical Association, including The Fenimore Museum and The Farmers’ Museum, The Biological Field Station, Clark Sports Center, Glimmerglass Opera, Village of Cooperstown Library, and The Science Discovery Center at the State University of New York at Oneonta enrich theme-based studies.

Prospective families are encouraged to contact the school to schedule an orientation meeting. The opportunity to educate generations of young children is our distinct privilege.

The Brookwood School was formally chartered as a not-for-profit independent day school in 1996. The roots of the school, however, date back to 1981 when the Christian Hill Montessori School for Pre-School was founded. When Founder Ann Weinke announced her retirement in 1995, a group of committed parents came together as a Board of Trustees to ensure the perpetuation of the program and to guide expansion of the school.

Between 1996 and 2003, as the pre-school and elementary enrollment increased, the program expanded to include childcare in response to a growing need in the area. In order to accommodate this expanded need in Otsego County, the Board of Trustees in 2004 launched a capital campaign to raise funds to build an addition. In August 2006, a 15,000 square foot, state of the art expansion was completed.

At present, The Brookwood School has enrollment of approximately one hundred students ranging in development from infant thru the primary grades.